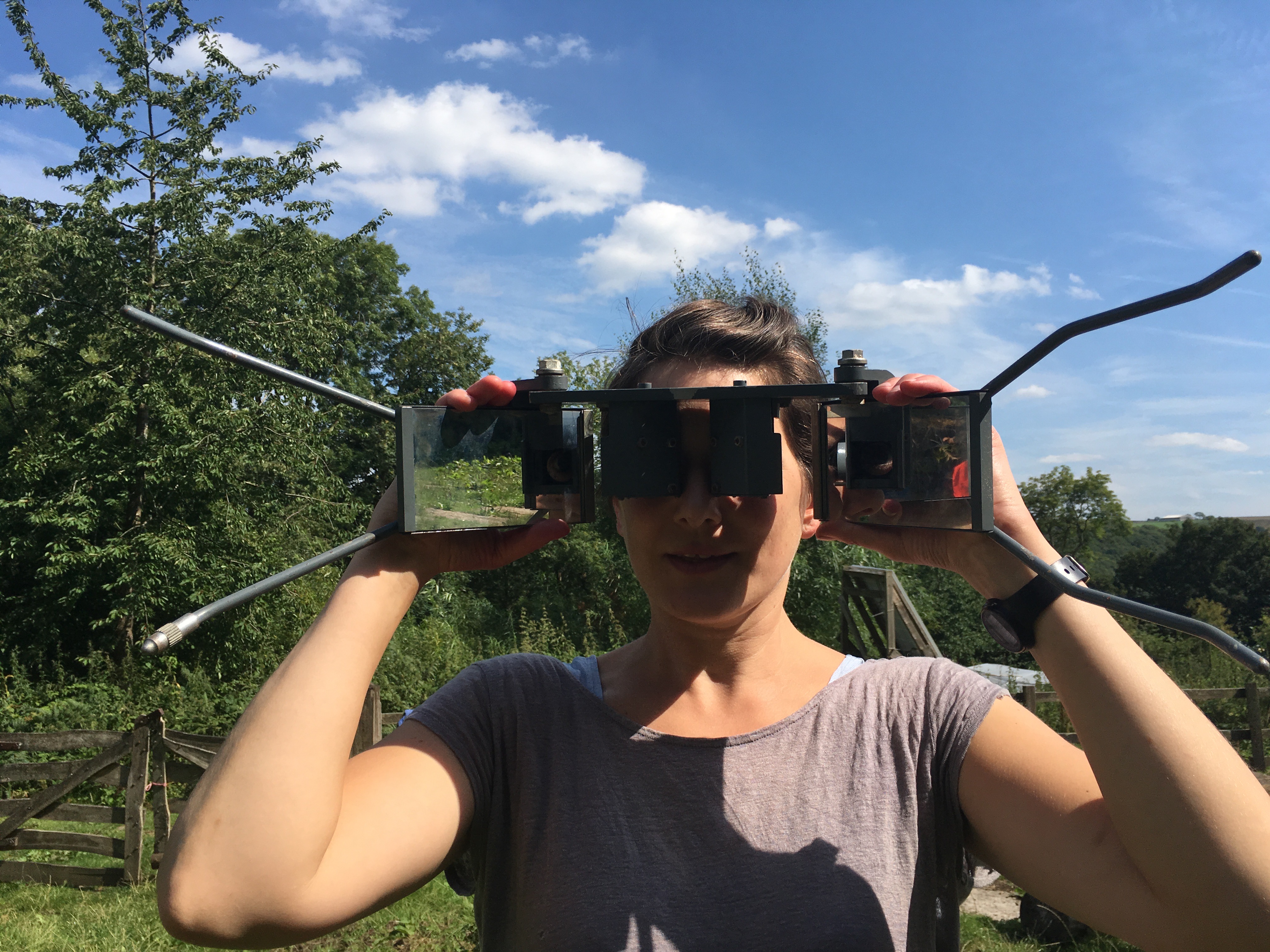 I teamed up with artist Annie Carpenter to pull together a small group of artists and friends for a night of ‘fieldwork’. We organised an overnighter to do some experiments and have discussions together in the relaxed atmosphere of Middlewood Trust study centre; an off-grid permaculture farm. I had worked here before with [Annie and Sam Illingworth] doing some workshops with their students on a previous ‘field research’ style project. The concept captured my interest. We wanted to create a situation where we could work as well as have time and space to chat about ideas with others.

My equipment consisted of my laptop, Arduino, [with a relay shield for experiments] and some electronics, GoPro, 360-degree camera. Also a heavy rechargeable battery with 5v phone charging outlets as well as 12v supply.[/caption]

I decided rather than drive my car, I would take a few days out and make a road trip out of it and cycle. With food, drinking water for several days, laptop and equipment, it ended up being quite a heavy load. I found this mobile almost self-sufficient studio/ headspace to be refreshing and challenging. My intention was to generate some film of some embodiment and “Tactile Anchoring Devices” at work in the forest.

I ended up doing this partly because I was inspired by Andrew Quitmeyer [ A guy who seems to spend all his time sheltering under tarpaulins with Arduinos and laptops, in tropical forests trying to coax creatures to walk over sensors]. He has developed his own concept of “Digital Naturalism” and organises DINACON https://www.dinacon.org/. In terms of my research, I thought some experiments in the field with people, using the forest as a perceptual laboratory could be interesting.

This was a ‘dry’ run. [Apart from the fact I spent the next two days cycling in the rain and looking for places to dry my clothes] I found myself not entirely prepared. Stuff broke. I didn’t have quite enough water. However, this opened up space for contemplation and reflection. Much came out of it that was productive. I did try out my tactile anchoring device, the Hyperreality device, and some invisible hand illusions.

After lighting a fire and stoking up the pizza oven we managed to make pizzas and eat before the rain started. The key activity was a ‘Night Walk’ where some experiments and activities took place. We started with ‘Annie’s night Vision Training’ activity. I created some eye covers [ping pong balls with holes in] to prevent peripheral vision. Near the river, we took part in a  ‘Snail Watching’ session [Run by Daniel James, Apparently this was a fashionable activity in Victorian times and there was a Snail-Watching Society too] Finally a walk home without the use of torches.

Wearing these Ping-Pong ball hemispheres [other than making you look like a Simpsonsesque cartoon character] has the effect of removing peripheral vision entirely. Seeing through the small aperture also had the effect of making things seem like an old movie [grainy and soft-edged]. After wearing these for a while, I could hear others around me but it was extremely hard to tell where they were, and specifically at what distance they were from me. Without the full visual information. I found myself getting distracted by the sounds, trying to work out what direction they were coming from, then finding myself disorientated. Even though I could clearly see the details of the soil and grass at my feet, there was no context for this information. Building an overall picture of the path or the space around me was almost impossible. For a while, I was walking and thought someone was beside me, when in fact they were at some distance ahead beside someone else. I was convinced of a presence beside me [See ‘phantom presence phenomena’ as reported in sensory deprivation and the new robot arm experiments]. My perception of distance travelled seemed to change as well. I was always surprised at how far I had moved between sessions. It did seem that after using these I had impaired and poor night vision compared to others in the group.

[youtube https://www.youtube.com/watch?v=777WUBblczM] Above. Some footage of us as we embark on the walk into the woods.

One thought on “Fieldwork / Night walk”