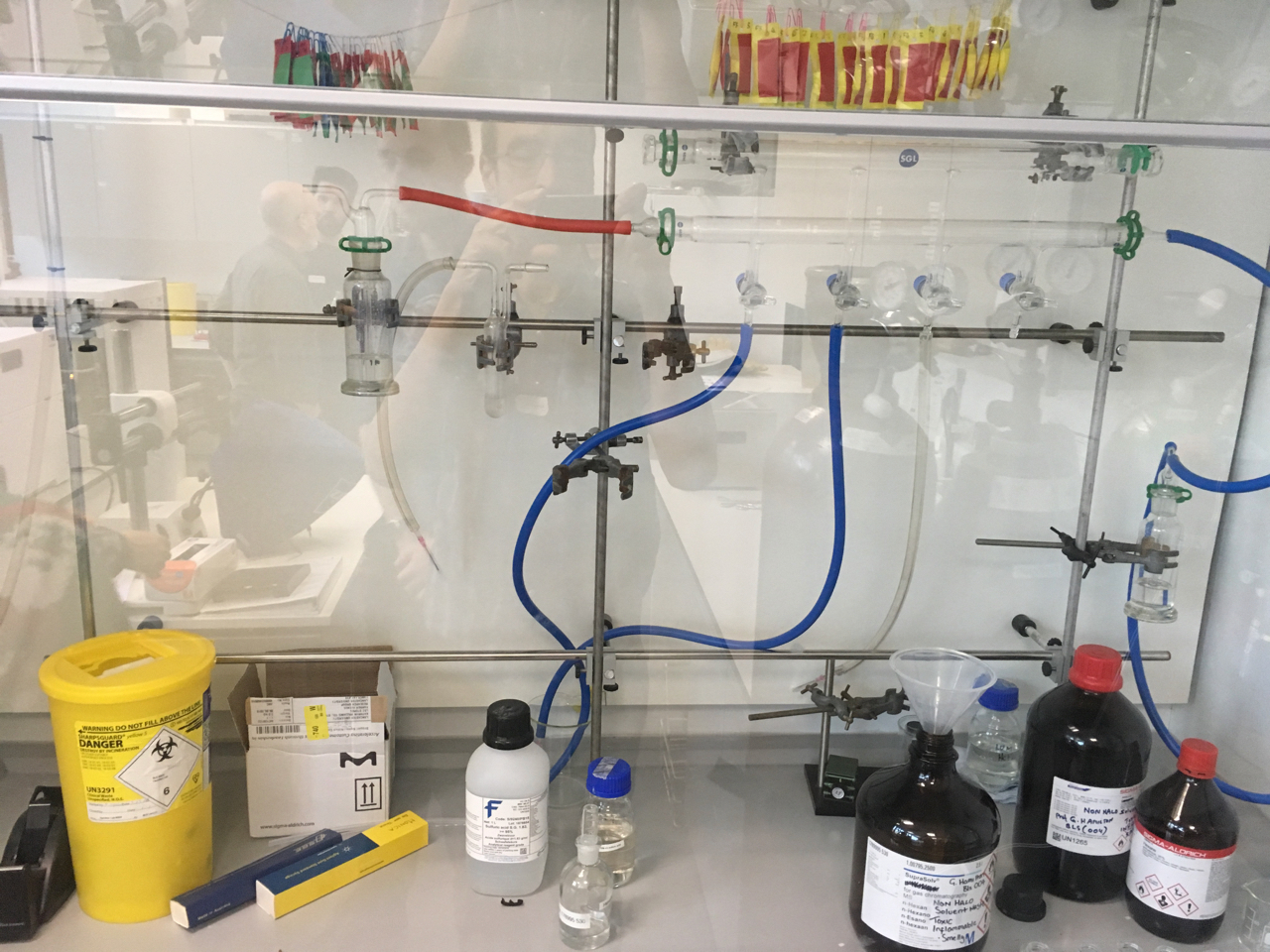 I had a very interesting 3 days at Lancaster University participating in the Synanet workshop. The idea was to bring together interdisciplinary practice across the sciences and arts, to explore ideas in neuroscience research and BioArt. The workshop “aimed to DISRUPT dogmatic thinking across these disciplines, ENCODE new approaches and insights through shared interactions and CONSOLIDATE these ideas through artistic expression” https://cheapjack.github.io/DisruptEncodeConsolidate/

It consisted of scientific demonstrations and hands-on activity was to provide insight into the theory and practice of neuroscience research. [functional brain imaging] behavioural analysis in mice and Fruit Fly’s and Sand Fly’s, And some presentations about the “gut-micro-biome-brain interface”. Most interestingly “ …The workshop aimed to disrupt assumed narratives of artists as ‘receptors’ and scientists as ’transmitters’ of knowledge in the context of Science and Art collaboration….” There was much space for discussion around these issues, though I can’t say if any conclusions were made. It was certainly interesting and thought-provoking. https://cheapjack.github.io/DisruptEncodeConsolidate/ .

Rod Dillon has been working with artists for many years as part of his practice as a scientist. He believes that fundamentally it’s important to have e a creative approach as a scientist. An amusing example was his PhD project for which he had to devise a “ Carpomiter, or to be more precise specifically a  ‘Locust Crapomiter’.

Speculative and artistic explorations have remained important elements of his practice as a scientist. His research concerns the parasites of the Sandfly which can infect the human spleen, liver, and bone marrow ‘Leishmaniasis’ causes many deaths in the tropics, similar to Malaria, though is less widely known. His description of himself as a ‘long arm generalist’ reaching out across disciplines rather than a specialist being stuck in a hole, became a motif for the rest of the workshop. Something many of the artist practitioners could relate to. https://para-site-seeing.org

Stuart Nolan [Mind readings: 19th Century mentalism and emerging nero-tech]  has a background in science but later trained as a magician. Since then he has researched the technology of magic. He demonstrated some examples of how when we think our bodies can ‘communicate’ some of this thinking and how these can be used in a way to apparently ‘read our minds’. For example, if we think of the future, we might lean just slightly forward, and thinking of the past lean slightly backwards. Most fascinatingly we learnt to control the direction and rate of swing of a paperclip pendulum; Using only the power of our minds, just by thinking about which way we wanted it to swing. This was brilliant, the whole room were controlling these pendula. He went on to explain that actually unperceivable muscular vibrations are controlling the pendulum. We amplify the microscopic frequencies, just through focusing on the manifesting swing of the pendulum. This works with any similar pendulum like device.

This explained a [para-psychological] experiment I was fascinated by in which a man apparently controls rotating objects, balancing on pins. I thought the obviously there was some concealed technology here, but this is done simply though microscopic table wobbling, hitting a resonate frequency for each pendulum. However, much training is needed to achieve this. Similar principles are behind Ouija boards and more advanced forms of ‘body reading’. This idea of embodied thought subliminally being transmitted subconsciously through our physical posture fits well with techniques of body scanning used in mediation and the Feldenkrais methodologies. It literally resonated with my ideas for proprioception/perception training and bodily awareness.  http://stuartnolan.com/

Žarko Aleksić is interested in the field of cognitive neuro-science and its potential for articulating new artistic ideas and concepts. His projects require active participation or experience, in order for the work to exist. Art which exists only in the mind, when the eyes are shut or when you are not in the room.  ‘Retinal star’ is a retinal imaging device conceived by the artist, imposing an afterimage directly on to the retina. The art exists only when your eyes are shut. ‘Swimming against the stream of consciousness’ sees the artist attempt to write poetry while his brain is influenced, perhaps reducing cognitive function, by direct Trans Cranial Magnetic Stimulation [TMS] while in “Brain pictures” the artist has conceived ‘images’ which are generated within the brain through TMS to a different part of the brain. Apparently, these seem like flashes of light, except they are not ‘seen’ with the eye, and involve no light. http://www.zarkoaleksic.com/home/content/25/SWIMMING-AGAINST-THE-STREAM-OF-CONSCIOUSNESS

Topic Bird [Experiments and Experiences that Question the Virtual Gaze]presented a series ‘experiments’ which took the form of research questions, which generated artworks and performances. For example

The performance consisted of using the device. Being able to see from multiple perspectives, or using limbs to see with, had a profound effect on the way in which the user could move. Technological restraints such as of the image and time delay in transmitting and processing the image also the behaviours of the performer. They used webcams attached to Raspberry Pi, which the transmitted the image wirelessly to a network. The images were relayed to a smartphone HMD via a web browser. Which is a clever solution to making accessible open sources tools, as well as mobile interfaces which could be taken into the outside world. There were some interesting experiments using the onboard smartphone cameras to generate perceptual

They mentioned how people became extremely tiered from the experience, and how some people missed being able to see behind themselves. I would be interested to see more analysis of people’s experiences of trying to adapt to these altered ways of seeing.

Moriaty Manoli talked about his project .‘Symbiotic Synergies’ his multimedia collaborations with dancers. He works from behind a laptop while the dancer could both control the sounds [through movement sensors] developed a system enabling the dancer to control the sounds, while he may also relinquish if the dancer refuses to work within pre-defined sequences of movement. In this a process of feedback occurs within the performance. He is exploring a notion of  “mutual exploitation” using the analogy of symbiosis and parasitism as a means to unfold the sometimes limited notion of ‘collaboration’.

There was much discussion about sciart collaboration. What worked well, what did not. Some ideas that resonated with me: The importance of trust. Agreeing on expectorants up front. Most importantly the importance of friendship within a true collaboration. Being equal upon a shared platform. However; there is an assumption the artist must be willing to gain knowledge in the area of science they are working in, in order to have a shared knowledge of processes and techniques [often manifesting in low tech and DIY approaches which can be sustainably achieved outside the lab] this will often result in an ongoing development beyond the lab. But can the same be said of artistic processes being embraced within the context of scientific practice? I would like to see this idea explored further.

Thanks Rod Dillon Ross Dalziel and  Neil Dawson For organising this excellent workshop.