I felt strangely at home among so many research projects that use the hand as a model for the wider issues of body representation and ownership.

Keynote speaker Mel Slater’s talked about his playful and engaging research. Slater’s work centres around the idea of using immersive virtual reality as a medium to transform the self, not just the reality of a space. His research projects include self-help therapy. The project Personified Self Interaction (Osimo et al., 2015) allowed ‘you’ [embodied within an avatar of Freud] are able to talk to ‘yourself’ [an automated replay of you, embodied within an avatar of yourself] and vice-versa.  This enables the participant to step outside of a situation [of themselves] and into that of an ‘other’. Viewing themselves from outside of themselves, often makes the participants realise they have the answers within themselves all along.

He created an IVR scenario in which male perpetrators of domestic violence experience their own actions from within the avatar body of a woman or child. Crucially this work modified the participants’ sense of scale within the virtual space allowing them to experience the world from a different perspective. He has also developed a number of role-playing, game-like scenarios games in which the participants experience the cycle of life from birth to death These had a profound effect on many of the participants. Slater shows how the RHI paradigm can be much improved through immersive virtual reality (IVR) to produce radical transformations in body ownership. Slater also embraces the creative and artistic modes of presentation, that extend the work beyond the lab, showing how these experiences can have transformative possibilities. See his website here http://www.melslater.me/ 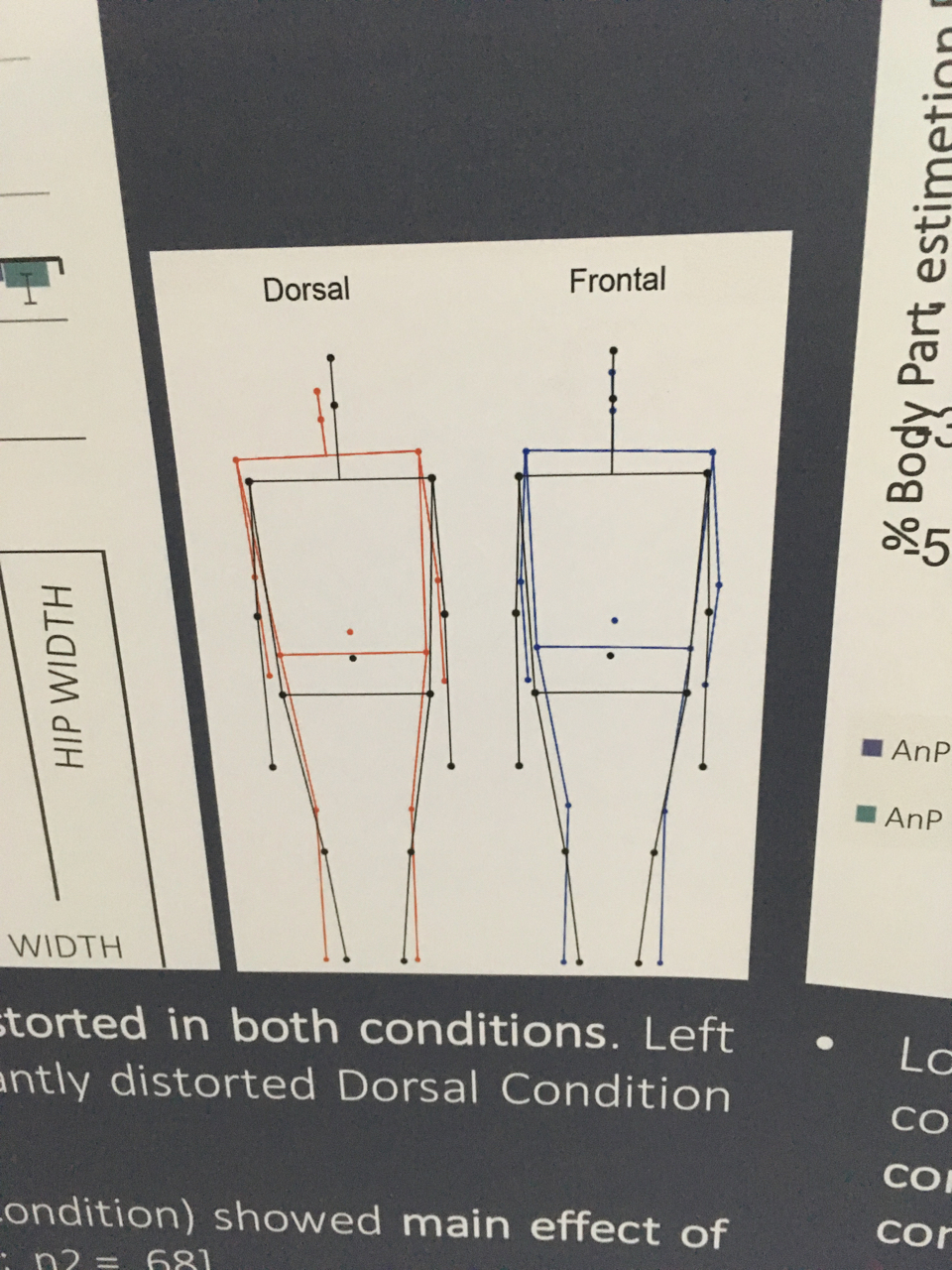 A project which might relate to my drawing experiments, where I ask people to draw their hand.  Participants are asked to point to body parts on a blank screen with a laser pointer. Starting with the bellybutton where a sticker is placed. They map out an image of their body. Interestingly these often end up with shorter arms and a slightly more compressed physique. Would the results be the same using an artist as the test subject?  or persons with knowledge of anatomy? Size and weight illusion – the participant perceives weights differently after the experiment. 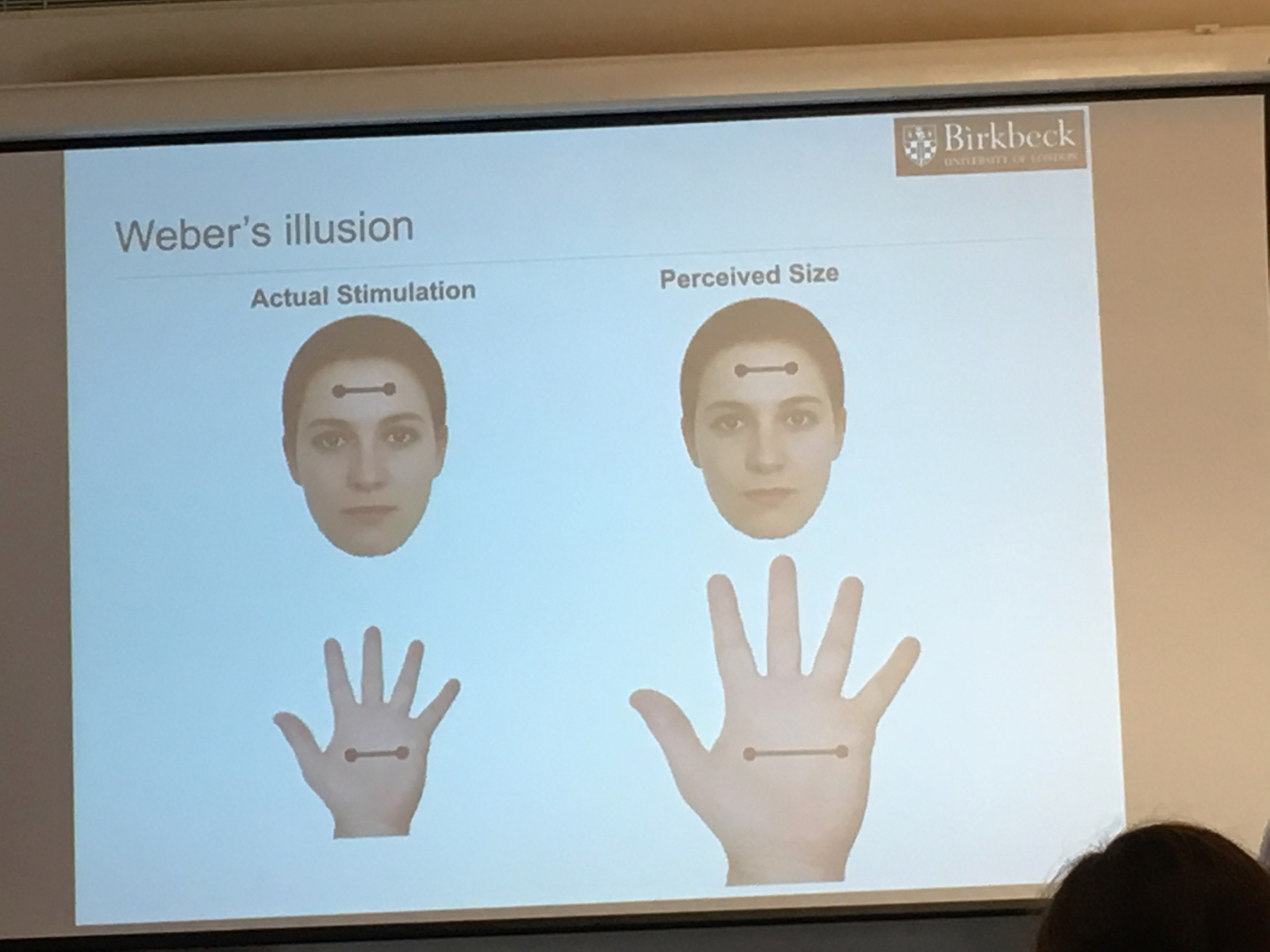 Some discussion was useful roger Newport discussed the phenomena of how participants feel like their hand is heavier after the experiment. could this have an effect on how they perceive the weight of objects?

Interesting to see this reductionist approach to mapping body perception. Could this method be used to measure my drawings?