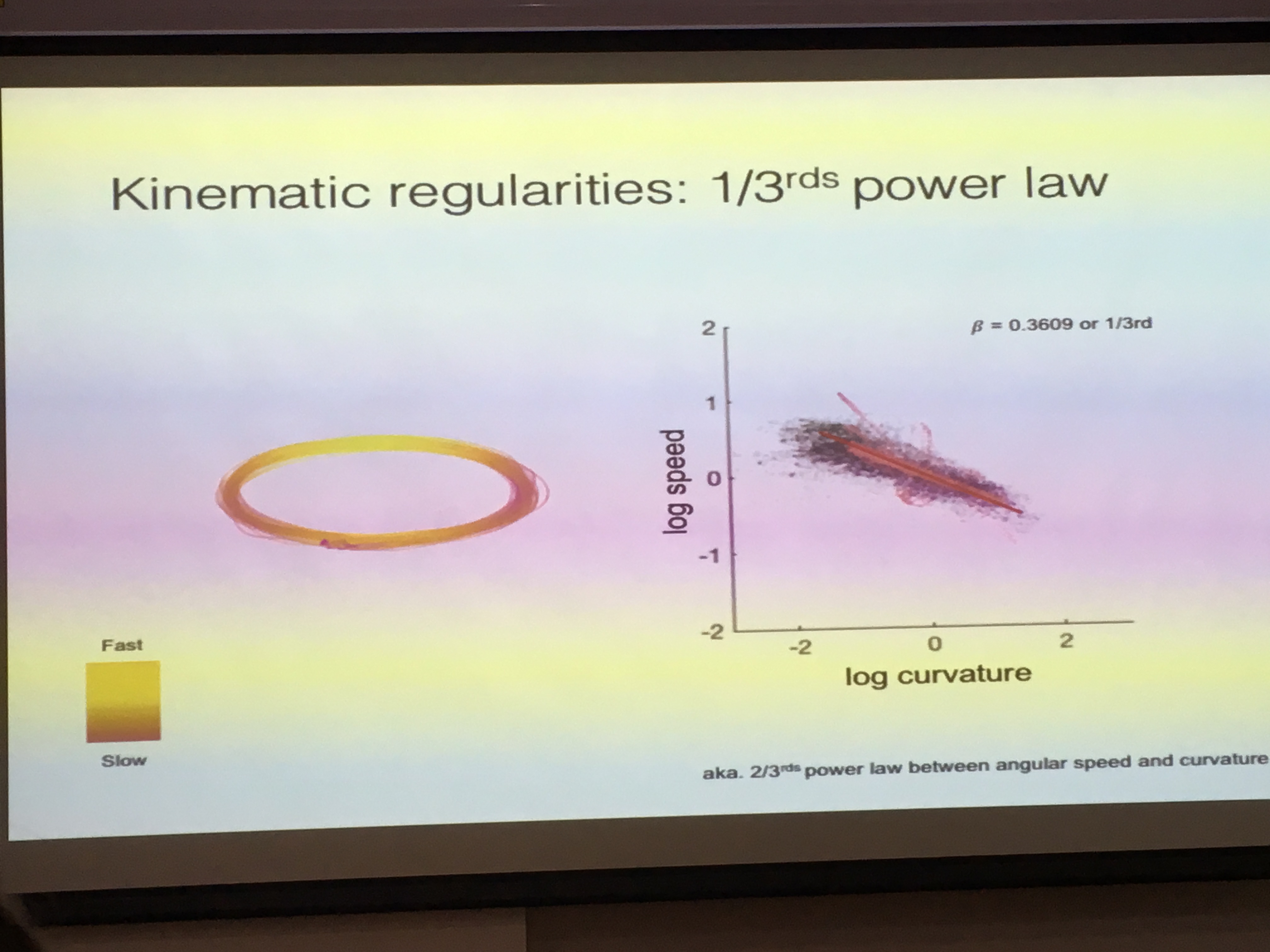 Notes from the Body up Conference UoM 13th June 2019

Our behaviour and self-perception effect the way in which we see others. We read others body language in order to make judgements on their thoughts and feelings. New research suggests Autistic individuals move their bodies differently, and that in a way, are speaking a different body language. Understanding this helps explain why they have difficulties reading our intentions and emotions. Jennifer Cooks research on movement kinematics showed how gait point models, captured through motion capture, could convey different emotions through their walking style.

For example, most people can notice someone one walking style as ‘angry’ or ‘sad’. However – the hypothesis was that if you always walked around in an ‘angry’ fashion, and that this was normal – you would be less likely to perceive this emotion through the gait model. People with autism often move with faster or jerkier movements. This was further demonstrated through a series of drawing experiments.

Using a touch screen drawings of basic shapes were made. Colours show the speed of movement. In the NT group, a recurring pattern is shown, where there is a gradual acceleration between points before slowing to a stop. In the ASD group, there was a generally faster motion with a much sharper deceleration.  Emma Gowen’s presentation research at BEAM lab also illustrated this effect. The asked participants to follow the movement of a hand on a screen and measured the differences across NT and ASD groups. They found consistent differences in the height [lower] and speed [faster] of the movements between points.

Eye tracking showed the ASD group tended to focus on the start and end point markers rather than the hand itself, and that they spent less time looking at the hand. This implies that ASD individuals are missing important ‘kinematic’ signals when observing or imitating actions, which has implications for learning as well as social interactions.